There is NO JUSTICE in California as the Illegal that murdered Kate Steinle gets gun conviction tossed by Calif. appeals court

FILE – In this July 17, 2015, file photo, flowers and a portrait of Kate Steinle remain at a memorial site on Pier 14 in San Francisco. A California state appeals court has thrown out the sole conviction against an immigrant who fatally shot Steinle on the San Francisco waterfront in 2015. The 1st District Court of Appeal on Friday, Aug. 30, 2019, overturned a gun conviction against Garcia-Zarate because the judge failed to instruct the jury on one of his defenses. Garcia-Zarate is in custody and facing federal gun charges. (Paul Chinn/San Francisco Chronicle via AP, File) 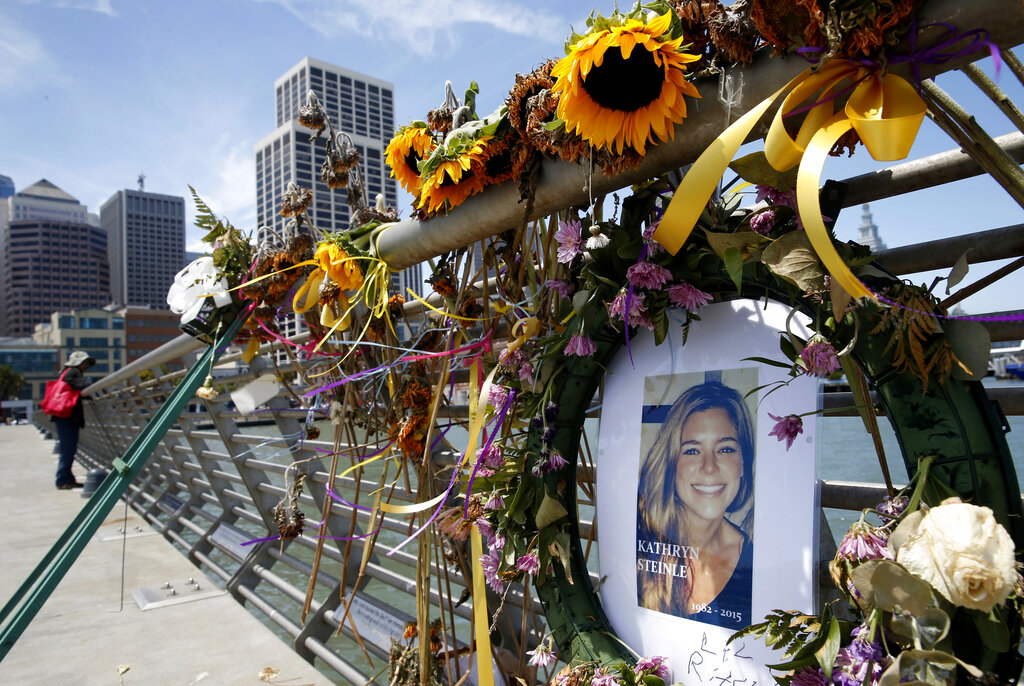 He’s currently being held in custody on federal gun charges.

Earlier Friday, an appeals court reversed Jose Inez Garcia-Zarate’s 2017 conviction for possession of a firearm by a felon.
The bullet then ricocheted off a concrete-walkway, before fatally striking Steinle. Garcia-Zarate then threw the gun into the bay. He was deported five times before Steinle’s death, sparking a nationwide debate over sanctuary city policies.
This comes after he accused a judge of failing to tell the jury it’s not a crime to “momentarily” have a gun. The 46-year-old claims he found the firearm on a San Francisco pier, picked it up, and it “accidentally” went off.
An illegal alien acquitted of killing Kate Steinle back in 2015 sees his gun conviction overturned by a San Francisco court.